This year two new products made with Einkorn were released at Young Living Convention. Einkorn is the original “staff of life” grain. It is the oldest variety of wheat.


Most of the wheat that is used today is a hybrid. Hybridization is a modern way of combining two kinds of seed species to engineer a new plant. It is man’s way of changing what God created into something bigger and better, or so they think.  Hybridization can happen naturally when plants are near each other and the wind blows and cross pollinates. That is not what we are talking about with the modern hybrid wheat. Modern wheat was engineered to have shorter stalks to create less waste and fuller heads of grain to produce more product, thus more profits.  Doesn’t it always come down to the almighty dollar?


The problem with the hybrid wheat is that it has been engineered to contain 3 genomes and 42 chromosomes while einkorn wheat has 14 chromosomes. Those extra chromosomes create new proteins that man was never intended to consume. They are foreign to the body and cause confusion in the digestive system.  This wheat is a major contributor to obesity and other modern ailments.

1. It contains a Super Starch – amylopectin A that is super fattening.

2. It contains a form of Super Gluten that is super inflammatory.

3. It contains a Super Drug that is highly addictive and makes you crave and eat more.

In Wheat Belly, Dr. Davis explains that 5 percent of wheat proteins of a hybrid from two parent species are unique, not found in either parent.


Dr. Davis told CBS This Morning: “There’s a new protein in this thing called gliadin. It’s not gluten. I’m not talking about people with gluten sensitivities and celiac disease. I am talking about everyone else. This thing, gliadin, binds into the opiate receptors in your brain and in most people stimulates appetite such that we consume 440 more calories, 365 days per year.” ref 1


It actually makes us more hungry for starches and carby foods.


At the time of this writing we have two new products from Young Living made with Einkorn. I’m sure others will be coming soon. 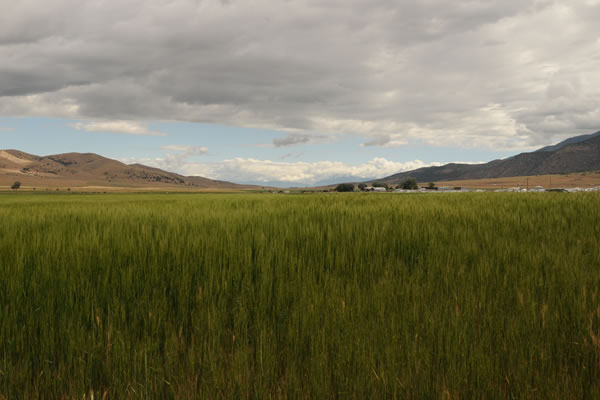